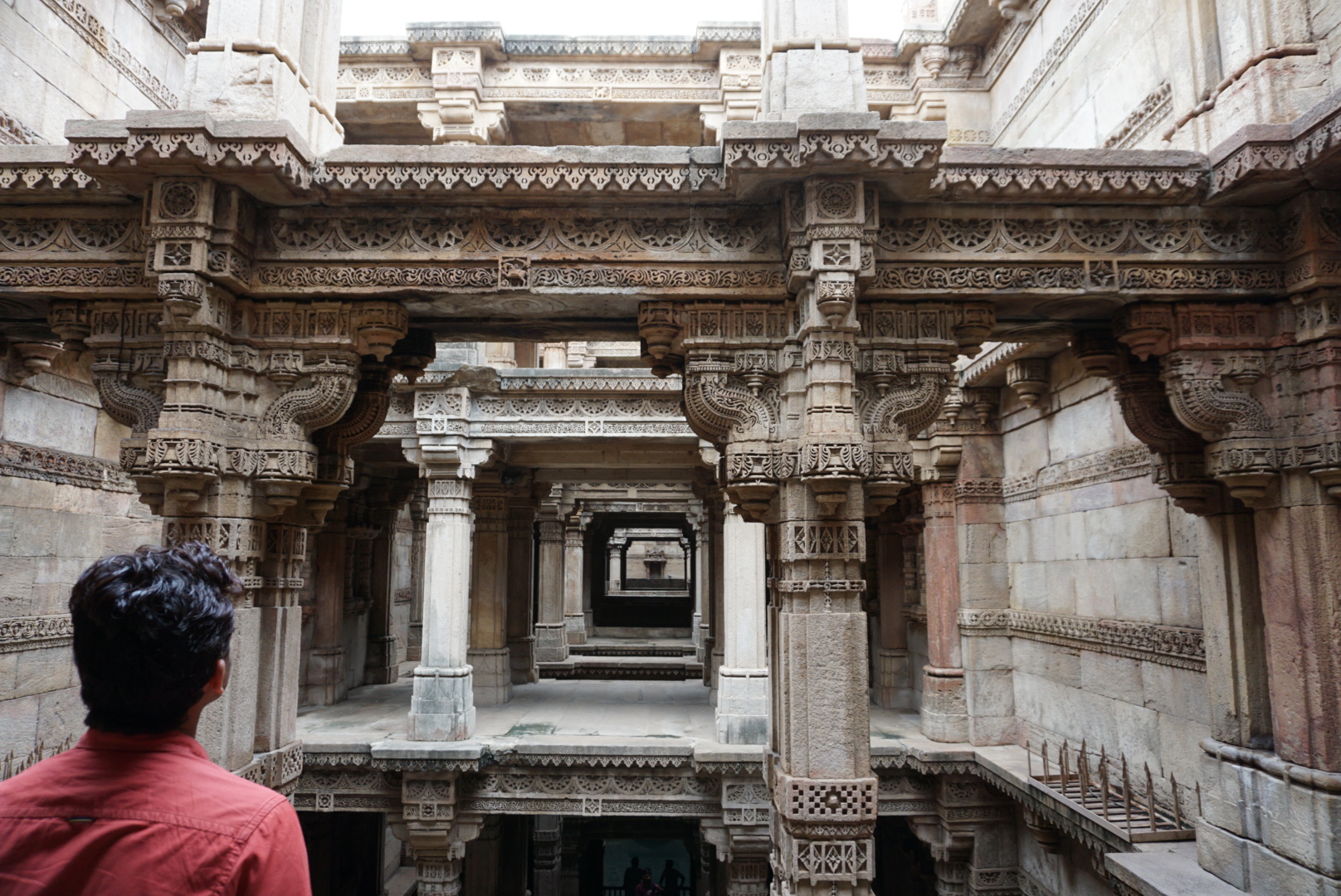 Amdavad. The home place of Gandhi’s Ashram, and also anti-Muslim riots in 2002. A BJP conservative stronghold, and the home province of PM Narendra Modi. An economic heartland with impossibly well-connected highways. Despite being in a city bursting with festivals, there’s nothing to do in Ahmedabad but eat. I’m not entirely complaining…

Much like Singapore, people hit the streets in search of the best food vendors at 10 or 11 p.m. for ‘dinner’. Manek Chowk in the old area of Ahmedabad is particularly famous. I sampled a not-so-delicious pineapple cheese sandwich, and a more-delicious briyani. Pani-pouri is  my street food of choice – small crispy pouris (imagine a puffed, hollow cracker), filled with a potato mix and finally topped off with different pani (water) chutney. Mint, tamarind, chili – the flavours are endless! In Gujarat, a typical meal is entirely vegetarian, and less heavy than North Indian food. Veg thali is a common dish of choice. Waiters will bring multiple small bowls of different vegetables, curries, and pulses. Accompaniments include lemon, raw onion and chili, salt, jaggery, and Gujarat’s famously sweet daal. Servers will keep refilling your dishes and piling rotis on your plate until you tell them to stop! Rice is the last thing to be served, and the entire thali is downed with a glass of buttermilk – the most essential portion of the meal. A common text message I receive is “lunch?”, or “dinner?”.  The first time a friend sent this to me, I replied along the lines of “sure, when?” which was met with much confusion…no one is specifically asking you to dine with them, they’re just checking in to make sure you’ve had a good meal ! My friend once asked me if I ate to live, or lived to eat. Luckily, I chose the latter. 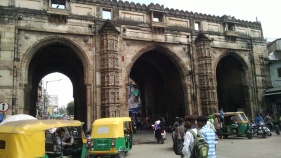 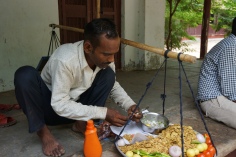 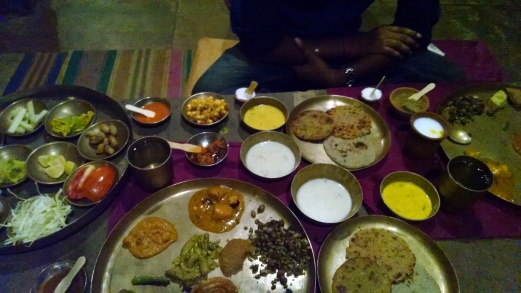 Besides from food, the month of August alone was filled with the chaos of three major holidays, as well as Independence Day: Rakhi, Paryshan Mahaparva, and Ganesh Chuthuri. As an outsider, I mostly observed the religious fervour. The most fun was Ganesh Chuthuri: every morning in the lobby at work I was greeted with a boom-box blaring traditional songs, and a few sweets or a slice of banana from an excited building attendant. After 10 days, my colleagues and I watched a dance party as some bank staff took a break from their daily duties in celebration. On the last evening, Ganesh idols are bathed in the Sabarmati River. Ahmedabad may be a city devoid of a night-life or active social scene, but that doesn’t mean life isn’t happening here!

I’ve avoided writing about my actual home and work – for good reason. Having no home and no work makes it difficult to speak to. But alas, the suitcase is finally unpacked, and I purchased a non-quick dry towel, so I guess you could say I have settled. As expected, the first month was a confusing whirlwind. I moved from a hotel, to a friend’s floor, a dorm bed, my Canadian friend’s mom’s uncle’s house (phew), and finally to a shared flat within the span of four weeks. During that time, I went on two field visits and a weekend trip to Udaipur. Still, time at the office often drags on as introductions and small projects flow in and out inconsistently. AKRSPI is an incredible organization, best known for their work in participatory rural development. With over 400 staff across 3 provinces, finding my footing is still an overwhelming task. As of now, I will be working with YUVA Junction in Youth Skills Development, hoping to bring a gender element to their work. Theoretically…stay tuned for updates. 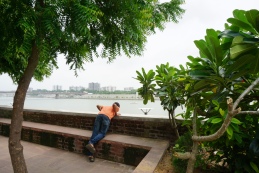 Checking out the murky, placid Sabarmati River, still trying to figure out the appeal 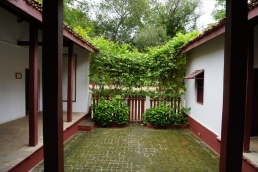 The typical response about living or working abroad is that you learn more personally than professionally. I can speak to the reality of that cliché after an academic exchange in Singapore. But Ahmedabad is treating me differently. I already know I have a stubborn nature and type-A tendency to get things done – and by challenging me, Ahmedabad ensures my indignant independence remains.  Instead of learning about myself, I have learned a million more things about the nuanced, cultural world surrounding me.

Life in Gujarat is balancing giving and taking. In a comparatively conservative, gendered society, I walk a precarious line between accepting cultural norms and pushing back. One example: finding an apartment is unbelievably difficult for a single woman. But luckily my flat mates challenged the unfair bias, and scored a no-restrictions lease. Yet a lot of the time, I’ve swallowed the need to do things my way, for personal safety, and out of respect to my new community. As I navigate these daily dilemmas, I have had everything from religious festivals, to marriage, menstruation, and politics explained to me. To make it more complicated, any of these cultural norms differ based on the variables of age, region, religion, and rural or urban settings. I’m learning slowly.

I can tell you one thing about Ahmedabad I’m sure of – that friendships and networks matter. I am astounded by the hospitality of everyone I meet. Someone once joked to me that Gujaratis always stay in Gujarat, or go really, really far away like Canada. Thank goodness because Amisha’s extended family lovingly took me into their home, feeding me endlessly! As I played cars with their 5 year old son, my tiffin was packed, and a special less-sweet chai brewed for me. In fact, the only way I found an apartment was through a Vancouver friend – who linked me with his Ahmedabad friend via Whatsapp, who happened to see on Facebook that a college friend needed a flatmate. God bless technology and this messy, interconnected world!

I’ve dragged friends all over the city – to buy sheets at 10 p.m., find a real swimming pool, and fix my phone for the hundredth time. There’s nothing more comforting than slowly building a community around you in an unfamiliar place. Especially a community who will re-charge your cellphone when your international credit card doesn’t work, and who’ll translate Bollywood movies for you in the cinema (thank you, thank you). One of the best days in Ahmedabad was visiting to Adalaj Stepwell. Built in the 15th century by Queen Rudabai, the well is an artistic masterpiece combining Jain, Hindu, and Islamic architecture. Day trips with friends, in Canada and in India, are always something special to value. 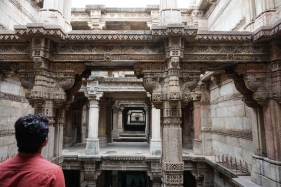 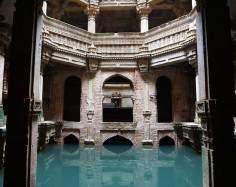 Even strangers go out of their way to make me comfortable. Last week, I got caught in a monsoon downpour as I was cutting through the dark backstreets of a posh housing society.  I tip-toed around the edge of massive puddles, with only my phone flashlight and a dupatta as a makeshift umbrella. Three boys struggled through the muddy mess ahead of me, until suddenly one turned around, gesturing for me to come under his umbrella. He explained his studies to me, asking me about Canada and my work. He walked me all the way back to my housing block just to share the umbrella. That same day, a cab driver laughed and told me “you smile from your heart!” – it’s impossible not to smile when random acts of kindness continually knock me off my feet.

This post is dedicated to Dhaval’s family, Harsh, my flatmates & of course umbrella man.

2 Replies to “Ahmedabad Part I” 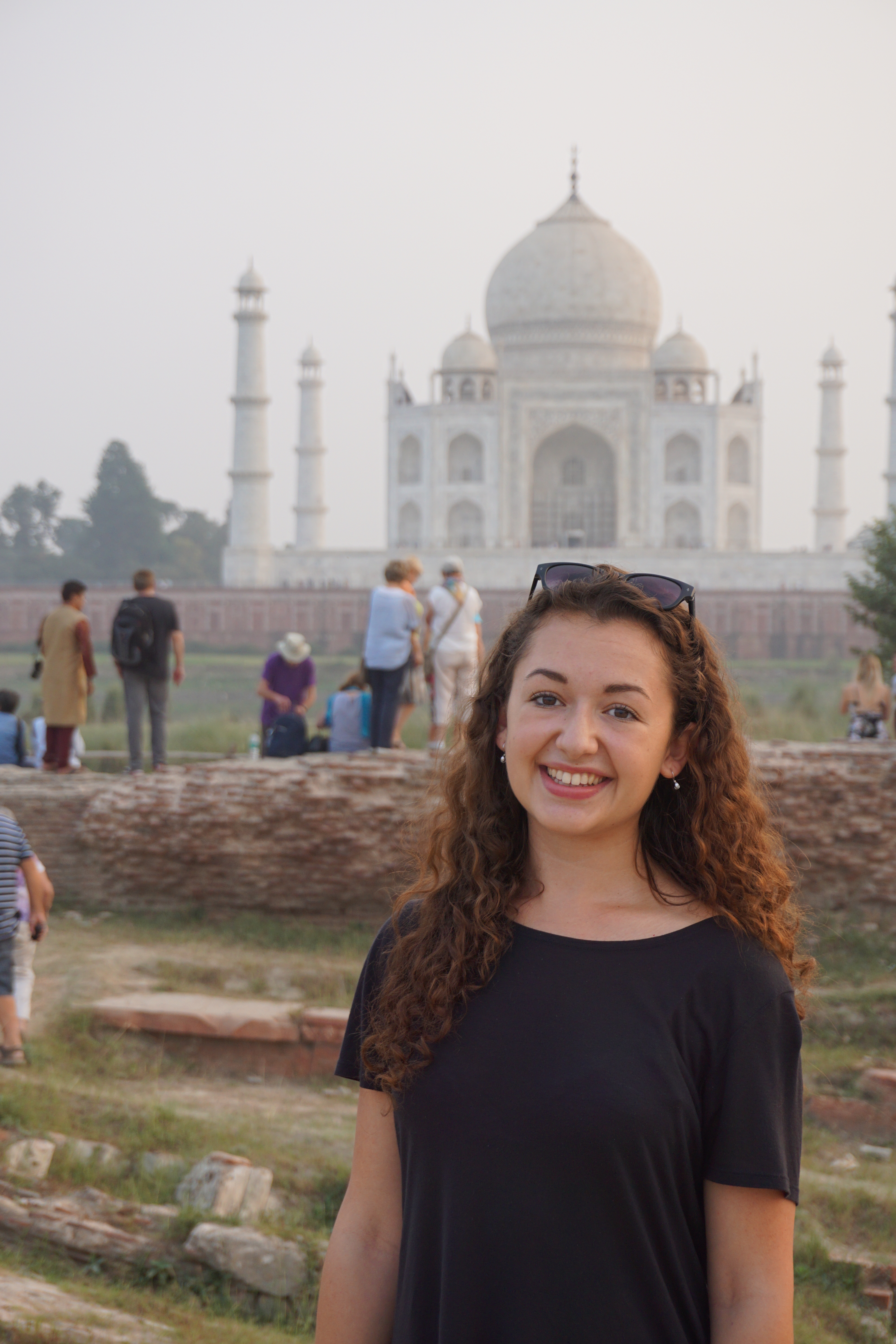